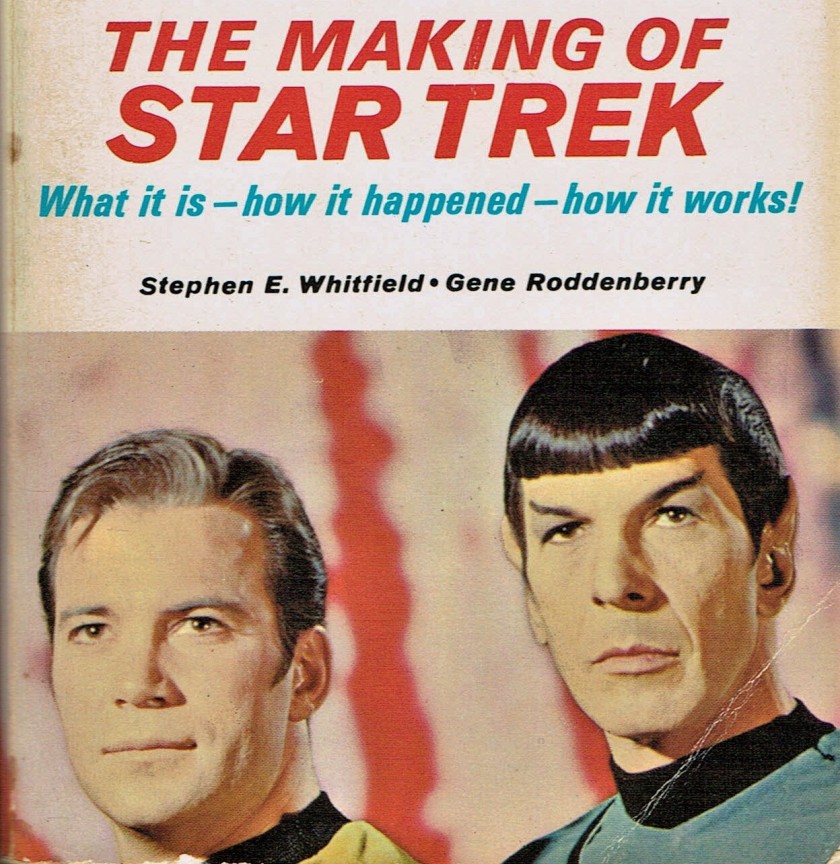 Gene Roddenberry always had an eye out for projects that could either bring in some income or promote Star Trek. One such effort was Lincoln Enterprises, a mail-order merchandise firm. It was originally operated by superfans Bjo and John Trimble, but after nine months they were dropped in favor of Stephen Poe. Poe was the National Advertising and Promotion Director at Aluminum Metal Toys, better known as AMT, the company which produced all the early Star Trek consumer model kits. AMT agreed to build the exterior and interiors of the shuttlecraft Galileo for the episode The Galileo Seven in return for the rights to produce Star Trek models. (Some sources say the deal was to produce the Klingon D7 model, others say the Enterprise; Matt Jefferies’ brother Richard claimed in his book Beyond the Clouds that the deal covered both the Enterprise and the Galileo models.) The AMT story is interesting and the Memory Alpha entry is worth reading.

[Update: I have since cleared up the licensing mystery.]

Poe and Roddenberry became friends, bonding over their shared experiences as pilots. Poe took over Lincoln Enterprises and began working with Roddenberry on a behind-the-scenes Star Trek book, the first written about the show. Poe used his stepfather’s name, Whitfield, for the book. Roddenberry required that he be listed as a co-author, so he got half of the book’s profits. Roddenberry had already made a similar move on theme composer Alexander Courage, writing lyrics that were never meant to be used on air but secured the series creator half of Courage’s royalties. This led to bad feelings between Courage and Roddenberry, but this was not the case with Poe; he appreciated the opportunity to break into publishing. (I’ve included Roddenberry’s lyrics at the end of this post.)

Early in the planning process for The Making of Star Trek, Roddenberry wrote to his agent, Alden Schwimmer, to brief him on the project. By June of 1967, Poe had apparently generated some publisher interest. The book was written during the production break between seasons 2 and 3 and would be published by Ballantine Books in 1968. Less than a year later, it was in its fourth printing and Memory Alpha says it is the most reprinted Star Trek book. And rightly so; Poe was given free access to the Star Trek sets and production offices, and the book he wrote is an invaluable resource.

I purchased this memo on eBay and then authenticated it with Susan Sackett, Roddenberry’s assistant during the TNG years. (Sackett wrote her own book, Inside Trek: My Secret Life with Star Trek Creator Gene Roddenberry. Not much is left secret however; the book is a great read but be prepared to learn a lot about Gene Roddenberry.) She was kind enough to reply to my email and confirm the signature is indeed Roddenberry’s. This is one of three Roddenberry signatures in my collection; the other two will be featured on this site.

And now, just for fun, the theme lyrics Roddenberry wrote, as published in Herb Solow and Bob Justman’s excellent book Inside Star Trek. Remember that the lyrics didn’t have to be good, they just had to exist. Contractually, this gave Roddenberry half of the royalties.

Beyond
The rim of the star-light
My love
Is wand’ring in star-flight
I know
He’ll find in star-clustered reaches
Love,
Strange love a star woman teaches.
I know
His journey ends never
His star trek
Will go on forever.
But tell him
While he wanders his starry sea
Remember, remember me.

Many Web sites claim that Nichelle Nichols sings Roddenberry’s lyrics on her 1986 album Uhura Sings. However, the words in her Theme from Star Trek were actually written by partner Jim Meechan. Play the video below to hear that song.